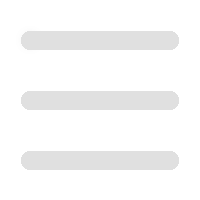 Since IAA was founded in 1999, we have advised some of the world's largest airlines, banks and aircraft finance/leasing investors. We are committed to providing independent aviation consulting, as well as our powerful analytical tools for asset management.


William Loh has three decades of multi-cycle aviation and risk management experience. He has advised senior managers at Deutsche Bank in Frankfurt and London regarding the future prospects for several high-profile investments and transactions. Earlier in his career, he worked on yield management models for Lufthansa in Frankfurt, and in corporate planning for one of the first LCCs (Florida Express) in Orlando. He has pioneered the use of simulation models in this market nearly 20 years ago, and created an innovative aircraft future value/lease rate forecasting model, as well as an operating lease IRR/NPV model. His understanding of aviation has been enhanced by ASEL and glider pilot ratings, as well as over 200 hours in airliner, fighter and helicopter flight simulators. He has also assisted Jim Matthews and the other founders of ISTAT with the creation of their first appraiser certification examinations. William has a Bachelor of Science degree in Applied Mathematics from the University of Florida, and qualified as a U.K. registered securities representative in 1997.


Andrew Dewdney has 30 years experience in the aircraft finance and leasing industries, and although most of his career has been in banking, he has worked for Airbus and specialist arranging and broking firms as well. He has risen to Global Head of Aircraft Finance at both Deutsche Bank and HSBC, while active in Singapore, France and the USA as well as the UK. Andrew was responsible for several innovative aircraft financing transactions, and has been involved in the provision of advisory services to purchasers and sellers of aircraft leasing companies, including the sale of Sahaab Leasing while at HSBC. Andrew has an MA in Economics from St John's College, Cambridge.


We are pleased that China Aviation Valuation Advisors has joined us as a Development Partner, and we've enjoyed working with Dr. David Yu to build on our thought leadership, and improve the intellectual integrity of the forecasts and the Aviation Risk Management System (ARMS) as a whole. We would like to congratulate him on his selection as a Fellow of the Royal Aeronautical Society.


Our chief developer, Laszlo Karolyi has decades of high level experience building secure applications based on Django web servers, using Python, C++, JavaScript, SQL, and many other languages. He has been a critical part of our team since 2016. Our servers are located in Berlin and benefit from the General Data Protection Regulation: GDPR.